This is a continuation of the FAQ from January 2013 post 2.

Q6. Can you explain more about the numbers 12 in January 2013 post 1, reptilian mind I am confused by David Icke on this issue [not in post, would you mind please] also ET involvement?

Let us examine 3 first this relates to the 3 strands of the incoming DNA NOW IN Auric vicinity for many and in place for a few.

The division of 4 packets of 3 is to facilitate the cohesion and functioning of the introduction to the already existing DNA helix. It allows the 'mix' and the so called' junk' to amalgamate and flow, also to promote the new proteins and the command from the brain neuropeptide to RNA.

Stand alone 12 is the end of the year and the process for that year. It also relates to the constellations and planetary influences. Incidentally 3 is the link to heaven, Humanity and Earth as mentioned elsewhere.

The brain has gone through stages of development and it is said to have an 'ancient' brain of the reptilian formation.

David Icke is a fine and amazing person and in his work he portrays the reptile person as a shape shifter or those that feel they actually see the reptilian as a human. All views are accepted however, which one you feel to choose is up to you.

My view is that the neuronal network and its dendrites which act as triggers for stored hologram images, like pressing a button and your candy bar comes out from the vending machine, and I have long held the view that memory is held in hologram magnetic fields, similar to Dr Sheldrake's 'Morphic Resonance'. 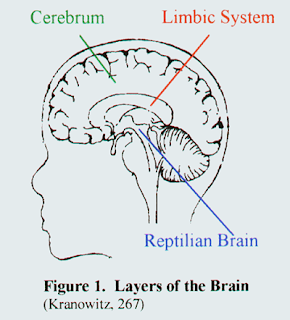 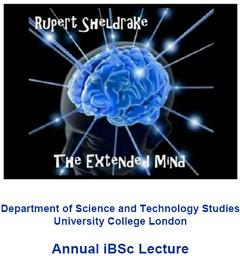 a trigger or an associative idea and the brain being a computer like function, like the TV, Radio, decodes the triggers and searches the 'internet' of your personal graphics and memories, and assembles the information to suit the purpose.

ET involvement is almost nil, the genuine ET is waiting in the wings for our DNA upgrade and we will be able to communicate more readily, more telepathically and the atmosphere more congenial forms for them. See my UFO STORY in

www.energygrid.com/futurity/geoff-freed/2005/05.html Some contact has been made by ET to governments, however many ET messages are channelled by desperate entities of a psychic nature wanting to be a 'walk in' or possession. Wandering unhappy spirits. In an interview by

Which whistleblowers assure me is genuine [I have the interview which is lengthy in PDF form and can send by attachment in email, this is a nurse and a Roswell ET survivor] it mentions the 'the old Empire 'UFO and people who look like us. Some of these people still are around and have refused to interbreed with humans, live in secluded places and use vehicles like one sees in the Video 'Hangar 18'. Incidentally Hangar 18 in its original form had the ending changed, was taken off, the beings in it were authentic replicas, you will also hear the narrative which explains who they are, my UFO story identifies them, and a spoof one replaced it. I have an original.

As aside it is said by whistleblowers that these are real power behind the illuminate so called elite. I hold to this view.

Q7. What are the connection or interface and auric shields, New DNA and our reality, also the Stargate you mention?

GF. When we go into reality us and what is real becomes blurred. What we see is merely decoded frequency or vibration. It really is an illusion made to appear solid, real. Just as you cannot see the invisible programmes of TV, radio, computer, mobile phone and the like, standing in the garden, the train, in doors, only your TV etc., can decode them and by switching programmes in the TV one decodes another set of frequencies from the aerial. Our aerial are our senses physically and our intuition not to be confused by the computer 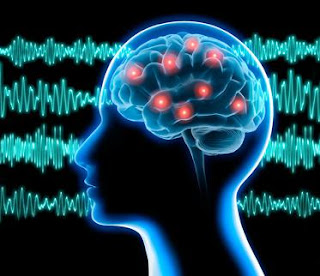 Figure 1 Vibrations outside the brain is all there is, the brain decodes them as whatever.
Function of searching through logical connections through the library of stored files and coming up with a logical, although seemingly original computation; this is special effects branch of the left brain.

The Auric shields that surround the human frame consist of 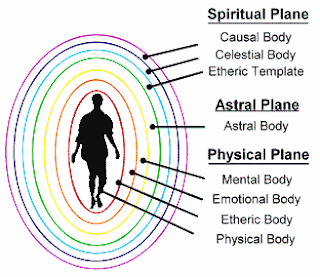 vibrating energy fields, which all matter is composed anyway, and as the energies are being upgraded, the emotional, astral, psychic an adjunct to the astral sheath are too dense, so they block the new shields or sheaths, they are not really shields, in so far as they only allow that which resonates with them through. So the higher frequencies are wearing them down, or burning them away. Depending on the 'letting go' process of the individual, so the new sheaves will appear as above in post March 2013 1.

So 'out there' there are perfect energy fields or blue prints for health, inspiration and so on already in existence [see back blogs on the Phantom Wave] but mind collective past debris, blocks the inflow. The interface is where each frequency as in standing waves meet and create the interference patterns which bring the 'understanding' of a picture, thought, emotion to so called reality.

Figure 2 Destructive is not a helpful phrase you need the connection of these wave.
It is at the point where they meet that INFORMATION is exchanged, it here the exchange brings forth the information to be decoded to form the reality AS FILTERED through one's programmes and conditioning. This point of contact is the interface.

Regarding the Stargate go to www.energygrid.com/futurity/geoff-freed/2012/06a.html scroll down and on left is large caption 'Stargate'. My feeling is that if we do not make it en mass to the upgrade, those who do will spin away into a self created stargate, as the vibes will be too dense to survive. This is not death; this is a separate reality in a parallel Dimension/Universe.

Death is leaving this vibrational frequency of the human body, yet still with association to the 'old thought forms', that can 'drag' one back[reincarnation] to expiate unfinished business, or in some cases to free beings of their lack of awareness. Awareness is the key to freedom.

I appreciate some questions are repeated, yet I feel a detailed or different approach may clear this up as many requested a repeat.

Q8. It seems that we should be teaching our children about the illusion solidness as this may well stop the urge for hoarding and materialism, what is your view?

GF. Yes I agree. However, the real horror of war, poverty and atrocity only serves to want the sensitive people to cry out, escape and perhaps cave in and join the gang. It takes courage to realise all is a manufactured decoded bunch of frequencies, literally all in the decoded mind, within the screen of brain, a holographic ally projected set of magnetic vibrating fields causing a hologram of reality. It beggars belief and even when one sees it in a lab or a hologram laser show, most cannot relate this to themselves or the world about them as the 'real' reality. A huge clearance is needed to go beyond 'belief'.

We are back gain in the no explanations; no way can the finite mind define infiniteness. [This where some duck out, especially academics, or go slightly zany, and I know some go really crazy and commit suicide]. [It is a challenge to religions, reductionism and some Astrobiologist and Astrophysics', there must be an explanation, the Higgs Bosun, the next particle, the next, neat theory a mathematical formulae that explains it all, I'm safe then, yet each discovery brings more riddles, paradoxes]. 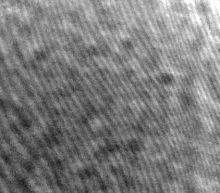 Close-up photograph of a hologram's surface. The object in the hologram is a toy van. It is no more possible to discern the subject of a hologram from this pattern than it is to identify what music has been recorded by looking at a CD surface. Note that the hologram is described by the speckle pattern, rather than the "wavy" line pattern.

A speckle pattern is an intensity pattern produced by the mutual interference of a set of wavefronts.[1] This phenomenon has been investigated by scientists since the time of Newton, but speckles have come into prominence since the invention of the laser and have now found a variety of applications. 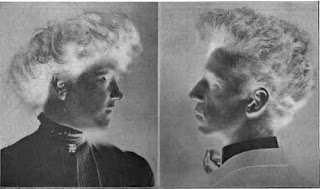 Figure 3 Compare this to hologram 'negative' 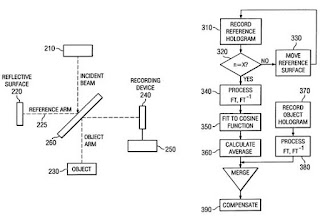 Figure 4 Now into digital holgrams. So we are getting more into frequency and the manipulation of what we perceive to be reality. Refer to the films the matrix and electronic diagrams in December 2012 log post 1. I mention how far we have come since these drawings, however the delivery is much the same, and refer to frequencies which target the brain, now in even MORE GRAPHIC PICTURESQUE PRESENTATIONS, taking one away from reality by the sheer illusion of it all.
From all of this above one can see how easy it is to delude those not familiar with illusion and reality. What is real then?

It is what one chooses to believe and those beliefs are the holographic world one chooses as one's reality compounded by agreement with others.

Clever scientific psychological manipulators ensnare the unwary into the trap of media 3D TV and the like, seducing and brain washing the unsuspecting asleep, seduced populace.

It takes a real shake up to awaken the living dead, and that might have to happen if the energies do not percolate through the layers of clogged up mind debris.

'"Star Wars," "Star Trek," "Battlestar Galactica" -- laser technology plays a pivotal role in science fiction movies and books. It's no doubt thanks to these sorts of stories that we now associate lasers with futuristic warfare and sleek spaceships.'

To most this seems impossible to break the deadlock between reality, non reality and the dread we are just an idea, a figment of either our own made up cultural conditioned upbringing, being slowly broken down into a world slave with McDonalds in India, China, all over, so to speak, a uniformity, ploughed into our minds by all the media, or some God who we are part of Its dreams. Or we sit at home determined to eat veggies, juiceing, tai chi, qi gong, yoga, TCM, Ayurvidic, meditate, and yet we seem in the minority, yet there is an awakening isn't there? The questions are too big, awesome, who made God, where is the end or the beginning.

Then comes that special moment when none this matters, we give up, we let go of the assumptions, the begging for an anwer, I want to know, I don't understand. We know there is change, the explanations are not needed and yet I feel lost, then the cave in and one resides in a no explanation mind free thoughtless and yet aboundingly clear and a dynamic awareness and that seems to suffice.

GF. The triple 3 lock is the 3 strand new DNA sequence being inducted when space is clear. The 2 lock is the command sequence in the neurone brain network, so when clearance in both sites are vacant then the switch in the 2 lock sets the whole sheebang off.

Like a house being wired, when finally the installation is complete, the new mains switch is thrown.

As a house is being wired each room etc., is done in a process over time, old wiring stripped out, new fittings introduced and so on.